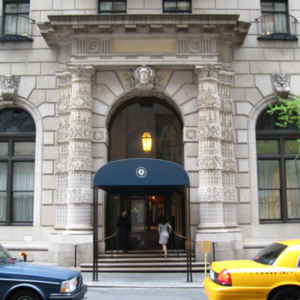 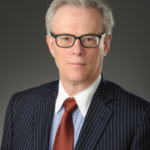 A Chartered Arbitrator, Fellow of the Chartered Institute of Arbitrators and Fellow of the College of Commercial Arbitrators, Thomas Halket has been an arbitrator and mediator for over 30 years. For almost 15 years Tom has also been an Adjunct Professor at Fordham Law School where he teaches courses on International Arbitration, IP transactions, Licensing and Entrepreneurship Law. Earlier in his career, he was the partner in charge of the Commercial Technology Practice in the New York Office of Bingham McCutchen and prior to that he was a partner and co-chair of the Technology and the Emerging Company Group of Hughes, Hubbard & Reed.

He is a member of arbitral panels around the world, a member of the London Court of International Arbitration, a Liveryman of the Worshipful Company of Arbitrators in London and a member of the International Arbitration Club of New York. He has held numerous volunteer positions in professional organizations and is a frequent speaker and writer on ADR matters. He was a co-author and editor of a book on the arbitration of international IP disputes and is a co-author of a just published book on the arbitration of IP disputes in the U.S.  He holds a law degree from the Columbia Law School and bachelors and masters degrees in physics from the Massachusetts Institute of Technology. 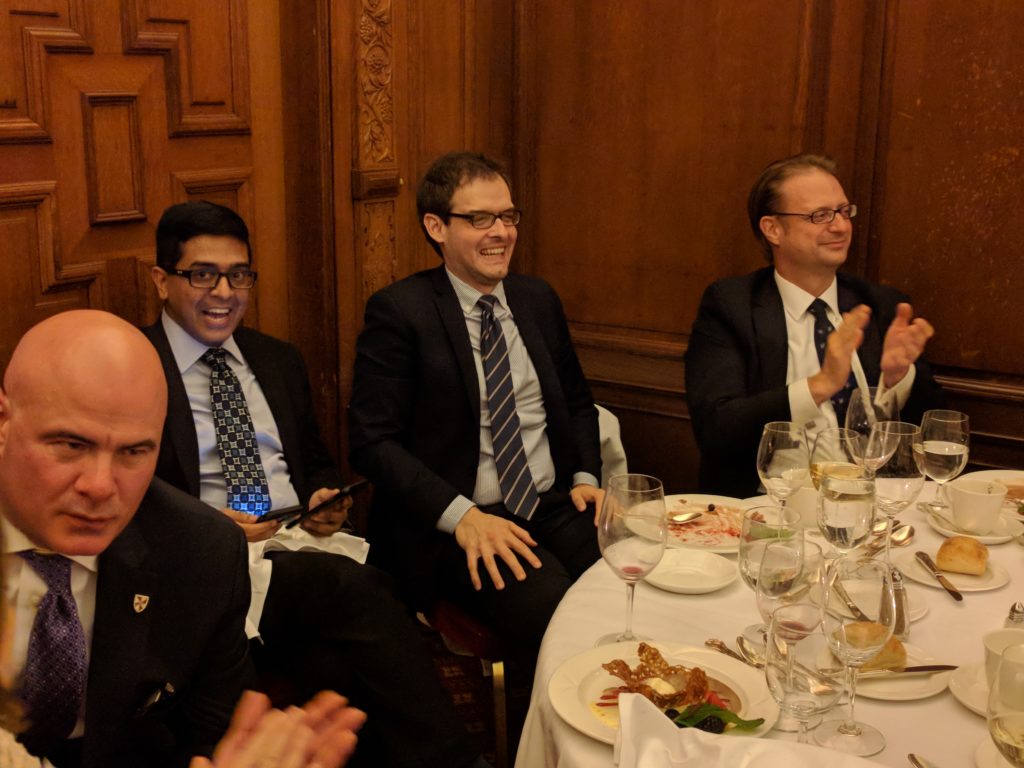 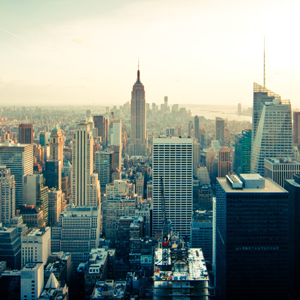 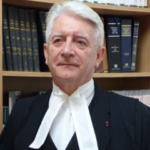 His practice, with a focus on civil and commercial litigation, international arbitration and ADR is based at the Law Library Dublin and 4-5 Gray’s Inn Square, London.

He is a member of the ICSID panel of arbitrators and conciliators nominated by the Irish government. He has received appointments in international disputes from WIPO (Geneva), ICC (Paris), CIArb (London), NAF (Minneapolis, MN) CAC (Prague) and KLRCA (Kuala Lumpur). 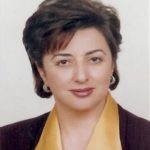 Professor Dr Nayla Comair-Obeid C.Arb is the founding partner of Obeid Law Firm in Beirut, Lebanon and heads the firm’s dispute resolution practice. Over the course of her 30-year career in litigation and international arbitration, Professor Comair-Obeid has been, and continues to be, involved in the most significant litigation and arbitration disputes in the market. Professor Comair-Obeid has been systematically identified as one of the world’s leading practitioners in the field of international arbitration and dispute resolution by prominent legal publications worldwide. Nayla has been referred to as “one of the most remarkable people in arbitration”.

Space is Limited
Registration is Subject to
Written Confirmation 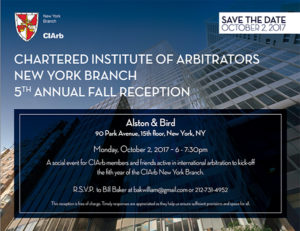 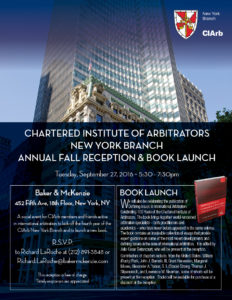 When: Thursday, October 2, 2014, 6-8 p.m.
A social event for CIArb members and all friends who are active in arbitration, to launch the second year of the CIArb New York Branch

When: Tuesday, October 1, 2013, 6 p.m.
To celebrate this and also the commencement of our activities as a branch, the New York Branch will be holding a kick-off reception. Our guests of honor will be Anthony Abrahams, Director General of the Institute, and Prof. George Bermann, Columbia Law School.